Hey all, welcome back to my Real Estate blog. As you may or may not know, I used to be a legal land surveyor when I lived in Canada. At my company we would have mainly oilfield companies as customers but we did occasionally have to do work in residential areas or more public commercial areas. Ive been look at getting back into the profession and have even bought some steel toe safety boots online at http://www.forsale.co.za/safety-boots which I probably won’t be able to claim on my taxes but they were really cheap anyways. Safety boots are a very vital part of working as  surveyor because you never know when some idiot is going to let go of a pipe they are guiding and it will drop right onto your foot, and they cause a bunch of rocks to falls and they also fall onto your foot. In commemoration of my new boots I thought I would tell you guys some stories about the times I was really lucky to be wearing my safety boots( or other safety gear for that matter)

Working through Alberta you encounter snakes fairly often. Usually they are pretty harmless ones like garter snakes or bull snakes in the south but sometimes you encounter Diamondback Rattlesnakes, which are one of the most venomous snakes on the planet( National Geographics has a goo read up about them  http://animals.nationalgeographic.com/animals/reptiles/eastern-diamondback-rattlesnake/ ) and the largest venomous snake in North America. I have had two run ins with these things, the first time was easy enough and I heard the rattle in some bushes I was walking through and just back away. The second time i didn’t even hear the snake but I felt it at it launched itself into my safety boots. Lucky for me these were some good leather and steel toe boots, and the snake bounced off the steel toe. After that happened I was still able to walk away but my boots at home now have a two fang marks that go right through the rubber and leather. I had an interesting run in with a garter snake once, where it got bounced through the air from some brush on the ground and I managed to kick it in the head as I was walking forward. When you're surveying you can’t really move much so if you see a snake coming towards you and it's not venomous you just keep going. 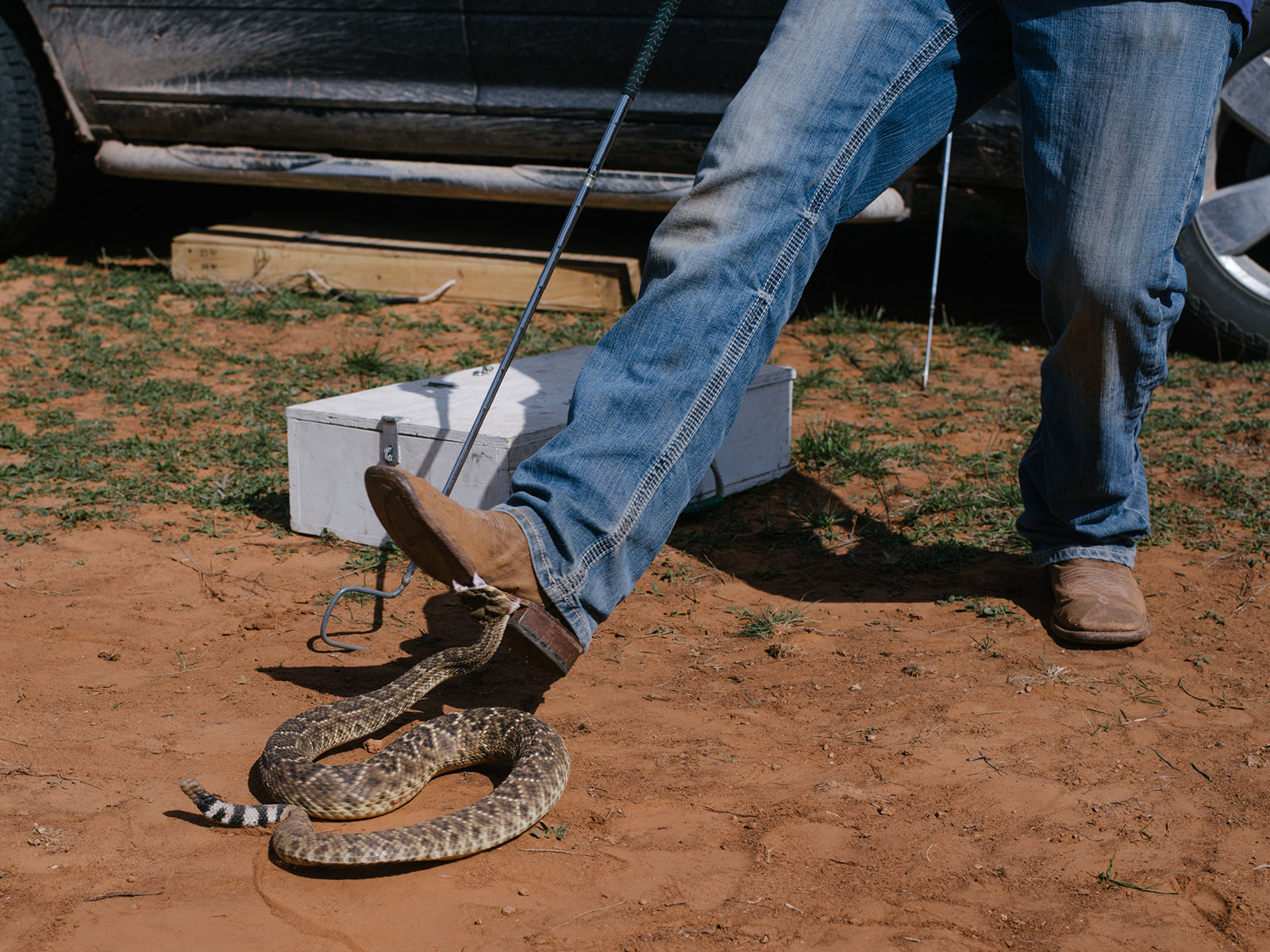 Boots as an Ice Pick

One winter when I was working we had to survey the river banks through the Rocky Mountains. This was in the Canadian winter so of course it was in four to six feet of snow so after digging that up you would have to find the actual river banks which can be covered in a mixture of snow, ice and frozen dirt inside ice. This is where your steel toe safety boots come in handy. I would just lightly kick at the banks to crack the ice along the bank then hit it with a pry bar to break off a foot of ice at a time. This worked really well for the most part, my foot wouldn't really hurt and it was quicker than trying to hit as many holes with a pry bar as needed to make the ice fall. Of course sometimes your foot slips and gets soaked, but that’s why your bring extra socks.

A Must Have for Residential Surveying

You might think that the most dangerous things that would happen during land surveying would be out in the woods working for giant oil conglomerates who don’t care about their employees right? Well you would be wrong. The worst times are when you have to work for a residential construction company because that means you were usually called out last minute and the construction is held up because they need some paperwork done from you. So you are trying to do your work as quick as possible and everyone wants you to leave so they are very hostile towards you. Countless times I have had near accidents on construction sites because of negligence on someone's part, sometimes because things aren't moved from the area we need to check and sometimes because we have to move things ourselves that we shouldn't be, like one time when we had to move a stack of chain link fencing that was above a wellhead we were surveying and we somehow dropped one section of fence on my foot. I was luckily wearing my steel toe safety boots so it wasn't that bad just uncomfortable for the day. Well I have to head out for my first interview to get back into the industry and start milking the land again( which is conveinently what my last post was about, read it here if you want: http://www.eschoolprofile.com/milking-the-land, wish me luck everybody! Have a great weekend and I will see you again next week!